If writing a post in HTML and later trying to edit it, the original HTML code isn't shown in the editor anymore (also not if one chooses "View HTML source"): for example then there are added many empty lines, so that the post looks completely different after editing it. That means so far to edit posts written in HTML I always use PeakD (which shows the code exactly as it was).

Example for what I mean:
This is how the (beginning of) the HTML code of my latetst post looks like (in https://hiveblocks.com/hive-101587/@jaki01/female-stag-beetle-hirschkaeferweibchen): 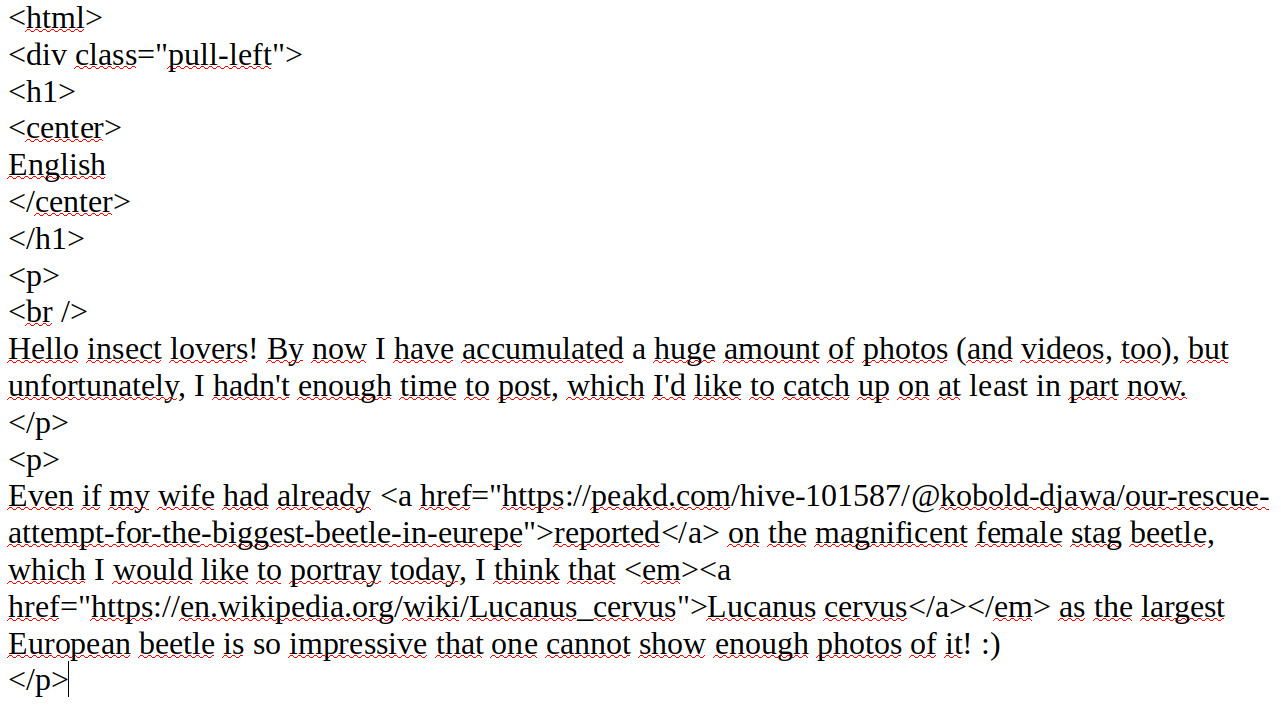 And this is how it looks in the condenser editor (HTML view) when I try to edit it:

To view the full source code check the post in hiveblocks.com .

Also the appearance of the whole post after saving is different than it was before as there are for example more empty lines between the paragraphs (I tested it also with other posts).

As mentioned: when editing the same posts with PeakD the editior shows the exact original HTML code as it should!

I am using Linux Mint and Brave Browser but I think that has nothing to do with my observations.

Another minor HTML problem is that in the description of communities embedded HTML links don't work (in PeakD it works fine again!). Check here: 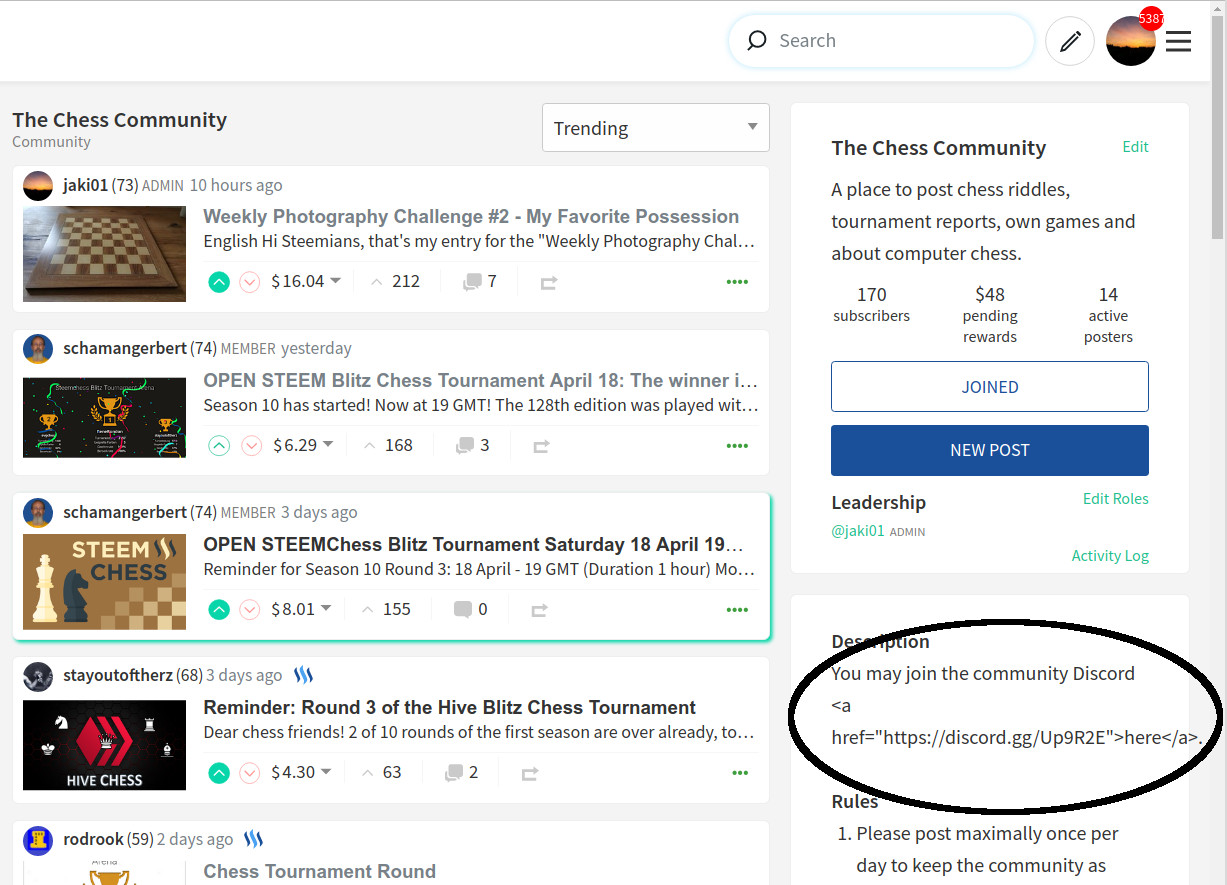